The Padel sport is very present in Southern Europe, is also becoming increasingly popular in other countries in Europe. We offer complete solutions around the padel court for Indoor and Outdoor. Information about Padel and its courts.

What exactly is padel?

The Padel sport was only invented in Mexico in the mid 60s. Out of necessity, according to the founding legend: The Mexican Don Enrique Corcuera is said to have wanted a tennis court on his property in Acapulco. But the court was too small, so he had a smaller version built. The court, however, bordered directly on a concrete wall. The obstacle was integrated into the rallies after several games, similar to squash. Corcuera decided to surround the entire court with walls – the first milestone of padel was laid.

In Europe, the sport has a strong presence mainly in Spain. Over the last 20 years padel has developed into a popular sport. In Spain, Padel is played by about 2.5 million people on about 12,000 courts and is also statistically recognised as an independent sport. The breakthrough in Europe is in full expansion – Padel facilities complement perfectly tennis clubs, tennis academies, sport and leisure centres, hotels, luxury hotels & resorts, golf clubs, condominiums, stand-alone Padel Clubs, privates.

The attraction of Padel

Padel convinces with its simplicity and fun factor. The rules of the game are quickly explained and the basic techniques of the individual strokes are quickly learned without time-consuming training. The unstrung, handy racket allows especially beginners an easy entry into the sport and provides a quick sense of achievement even at a low playing level.

The glass walls make padel an interesting alternative for tennis players, especially for those athletes who cannot perform fast ball changes for health reasons. Among the target groups are: Children, teenagers, adults, seniors, as well as handicapped people who need special needs. In Spain there are already some clubs that offer wheelchair padel.

Padel as a profitable add-on to tennis

The extension of the sports offer by one or more padel courts is an attractive option not only from a sports point of view (area/player ratio of 50 m² per player). The decision for padel is a profitable investment due to the sum of economic aspects. The sources of income are the same as in tennis, including court rent, courses, tournaments, equipment sales and even sponsors. 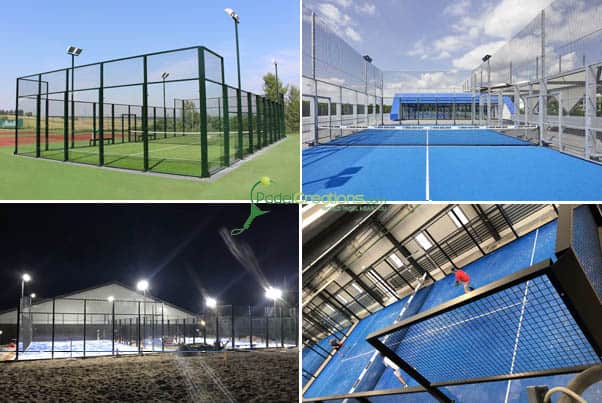 Advantages of Padel as an extension to the club offer:

We help you giving shape to your padel project and would be happy to support you in your project.

Interested in exploring Padel for your club and you need a quote?

in Wädenswil near Zurich-Switzerland in December 2017 the largest indoor Padel Center in the german-speaking countries was created. Equipped with a total of 6 Padel Courts, Mod. BASIC PRO, bistro at its finest for the […]

Padel is a sport that has a short but very intense life. Since its creation, it has not stopped growing at an amazing rate, and it is currently one of the most practiced sports in […]

PADEL – An add-on or a threat for tennis?

At first glance, you might think that due to the simplicity of PADEL and the high fun factor, current tennis players suddenly switch over to Padel. We can reassure you that after 25 years of […]

in Wädenswil near Zurich-Switzerland in December 2017 the largest indoor Padel Center in the german-speaking countries was created. Equipped with a total of 6 Padel Courts, Mod. BASIC PRO, bistro at its finest for the […]

What is the right pricing model for you? The clubs differ greatly from each other and the price policy depends heavily on the location, the sports offer, the facility, the environment, the target groups and the competition. […]

The enthusiasm for Padel continues to grow

On year 2017, we have not reached the limit by far. It was a spectacular year in terms of the number of Padel licenses. There are close to 70,000 registered player licenses in the Spanish […]

For long life and to guarantee the best playing conditions, all elements on the Padel Court needs to be regularly maintained within your internal maintenance program. These elements are: artificial turf steel structure glass and […]